Ake Egevad has for many years been a leading Swedish maker of ancient musical instruments. A kind of Viking man of today, he lives a simple life, mostly avoiding technology in his workshop, in which he crafts a range of amazing musical instruments. This track features him and his son Jens, playing Ake’s models of a Viking period lyre, a simple harp-like instrument from about 1000 years ago, based on perhaps the most famous ancient lyre, which is from Trossingen. This father and son duet was recorded in the Swedish countryside, and then dubbified by Professor Chill in his Sound Science Laboratory. It also features a more modern form of craftsmanship in the form of the EMS VCS3 synthesizer. This 1970s classic is probably best known for being used on Pink Floyd’s Dark Side of the Moon Album, and for producing most of the soundtrack for old Dr. Who programmes. Both meet inside 21st Century production technology, sonic sculptures crafting a space where the two can travel, constantly moving and yet somehow static, miles apart and yet somehow the same, bridging the artistry of the present and the presence of the past. 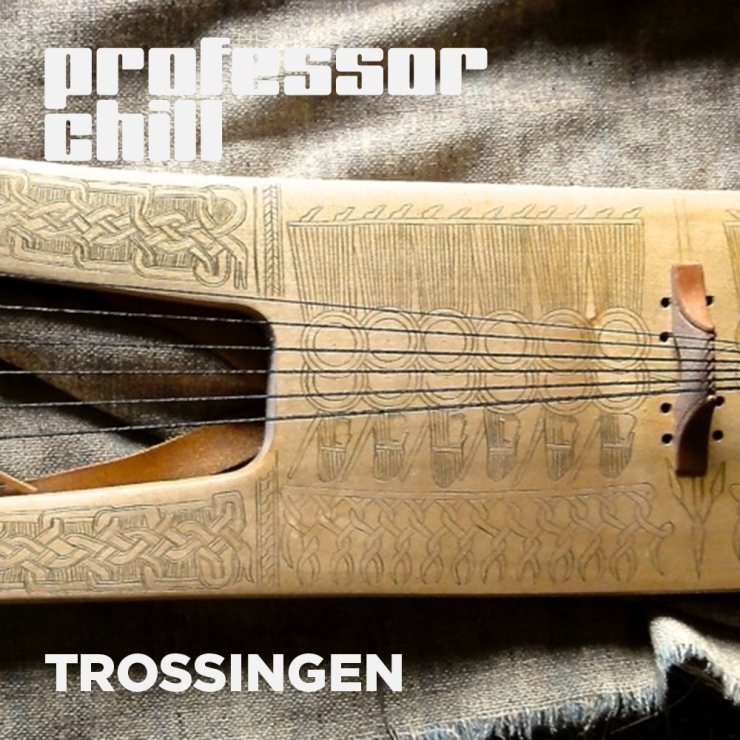